Origins and Birthplace: Where ideas are born

Most hockey enthusiasts consider Windsor, the Birthplace of Hockey®, as a ‘must visit’ location to see the game’s evolution as it developed from hurley-on-the-ice in the early 1800s to the professional sport of ice hockey as we know it today. 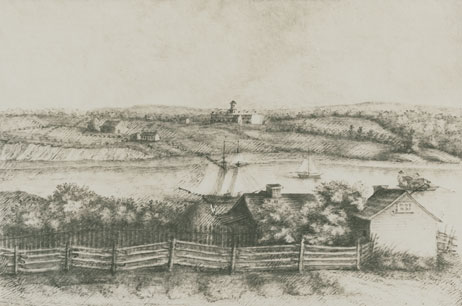 An early description related to ice hockey history is found in Thomas Chandler Haliburton’s fictional Sam Slick stories. It was probably at Clifton (c1840) that he penned this reminisce about student life at King’s College:

… “you boys let out racin’, yelpin’, hollerin’ and whoopin’ like mad with pleasure; and the playground, and the game at bass (base) in the fields or hurley on the long pond on the ice, or campin’ out a-night at Chester lakes to fish.”

This description found in Haliburton’s 1844 The Attaché, the second collection Sam Slick stories, is a pivotal piece of evidence that helps explain the nature of the sport and the development of ice hockey in Nova Scotia and its growth across Canada, North America, and the globe. From this famous quote, much debate about ice hockey’s origins is stirred throughout the hockey history world.

Although The Attaché is fictional, the content of Haliburton’s literary work reflects his personal experiences and observations. In effect, the ice hockey story is part of a larger story: the life and times of both Haliburton and Nova Scotia. As a historian, Haliburton was a keen observer of detail, with an eye to the past. The on-ice account is proven accurate by other period facts and artifacts within the hockey exhibits and throughout the House.

Essential to the story, Haliburton and his family were connected to Halifax’s social elite and he attended King’s College, in Windsor. This town and country interplay supports vital roles in hockey’s evolution. The Haliburtons were also connected to Anglican religion and education, business, Loyalist values, the military and strong Tory politics – all players in the early game. 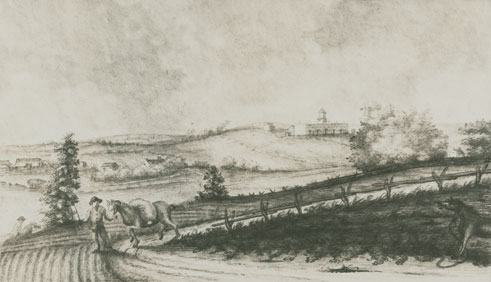 The sport’s history is the history of Nova Scotia; they evolved stride for stride, alongside of each other. Hurley-on-the-ice was the product of right place and right time: a sporty seed that found fertile ground in Nova Scotia. 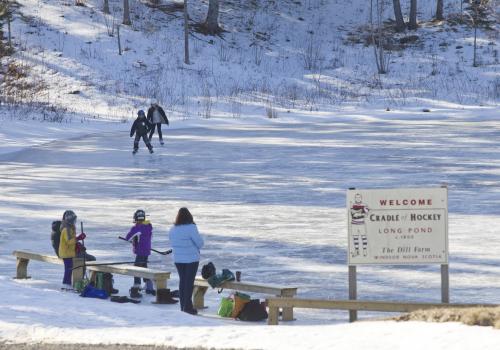 Haliburton’s home is a natural setting to reflect on modern ice hockey’s deepest roots. Artifact and story rich, the exhibits reveal vivid snapshots of hockey, including the contributions of women, First Nations, and African Nova Scotians. The ongoing collaboration on these exhibits between the Nova Scotia Museum, Haliburton House Museum, and the Windsor Hockey Heritage Society hosted in on wing of the House, makes you feel part of hockey’s extended family.